These will probably be the best 718 models until the GT4 replacement arrives.

Given its propensity for expanding its model range, Porsche was never going to limit the 718 lineup with the base and S versions of the Boxster and Cayman. We recently spotted a camouflaged version of the 718 Boxster GTS out testing, and Porsche has finally revealed both the 718 Cayman GTS and 718 Cayman GTS. These will be the fastest 718 models yet, and will improve upon a car that is already just as fast as the previous generation Cayman GT4. 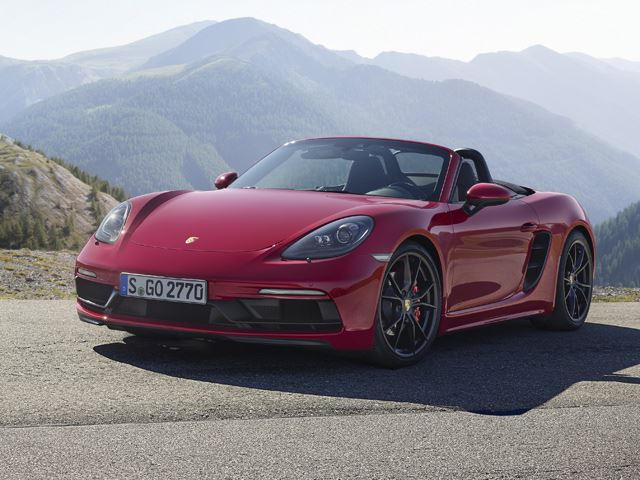 The GTS variants get a 15 horsepower power upgrade over the S models. Total power is 365 hp, which is 35 hp more than the previous generation GTS models with naturally aspirated flat-six engines. The 2.5-liter turbocharged flat-four gets this power boost thanks to a newly developed intake duct and an optimized turbocharger. As always, the cars are available with a six-speed manual transmission or an optional seven-speed Porsche Doppelkupplung (PDK) transmission. The PDK will no doubt be faster, but the manual will offer better driver engagement. The GTS cars will also have a host of standard features that are optional on S models. 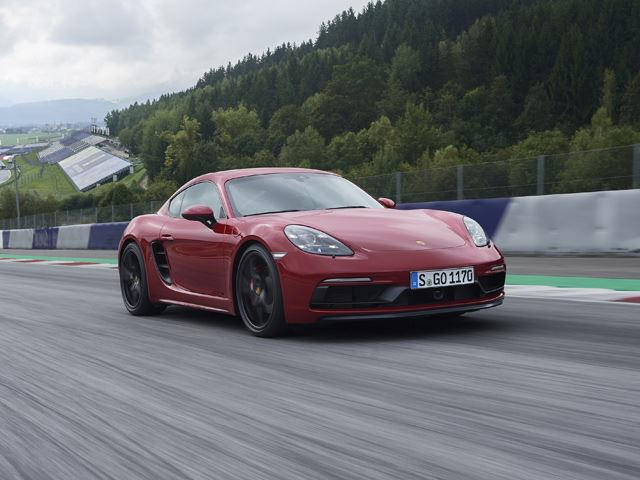 These include the Sport Chrono Package, Porsche Torque Vectoring with a mechanical rear differential lock, and Porsche Active Suspension Management (PASM). The quickest GTS models will be equipped with the PDK transmission, and will hit 60 mph in 4.1 seconds and reach a 180 mph top speed. This is quicker and faster than the S models, which can hit 6- mph in 4.2 seconds and reach 177 mph. The GTS models are only marginally faster than the S, but also come with some styling differences. GTS models will have a new Sport Design apron at the front as well as the signature blacked out headlights for this trim level. 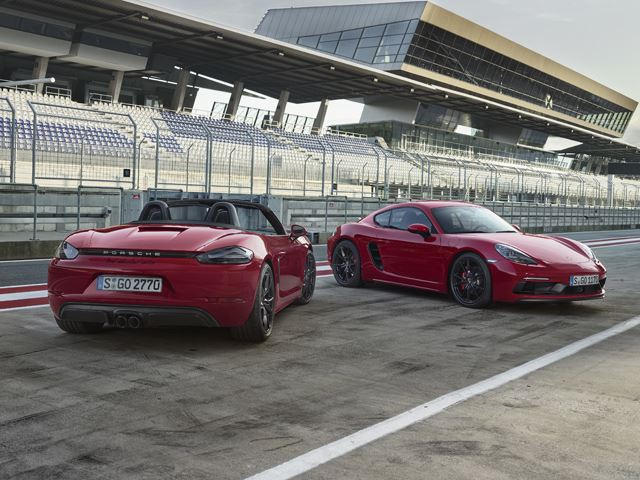 At the rear, the GTS is differentiated by tinted tail lights, black logos, a black rear apron and center-mounted black tailpipes. The interior of the car is filled with Alcantara, which is a signature of all Porsche GTS models. Since the changes to the 718 GTS aren't too drastic, they should be available very soon. Porsche says to expect 718 GTS models in dealerships in mid-December 2017 starting at $80,850 for the Boxster, including destination, or $82,950 for the Cayman. These will be the fastest 718 models until Porsche decides to replace the GT4 and Spyder models. 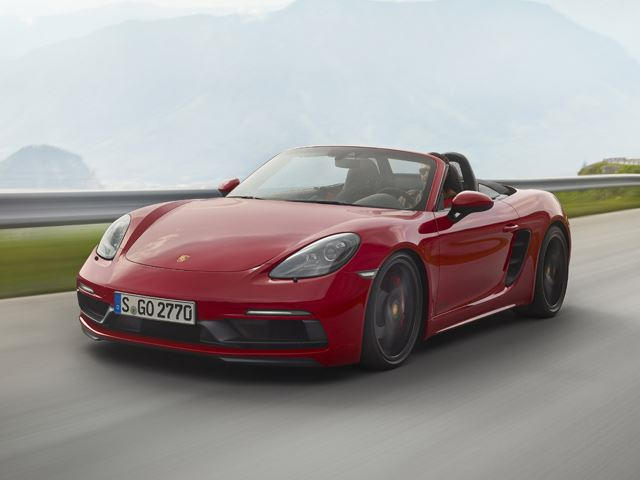 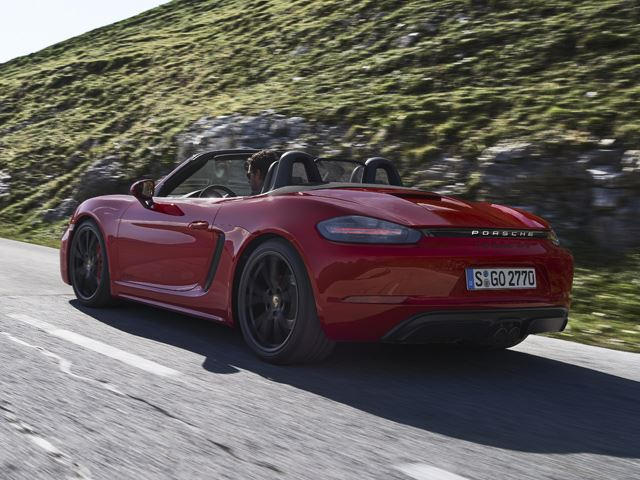 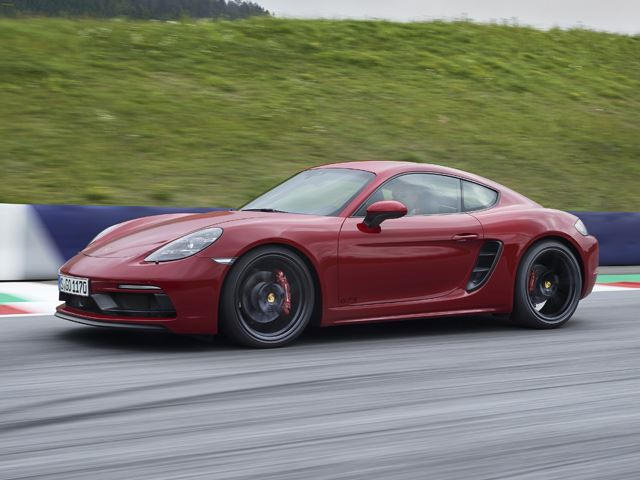 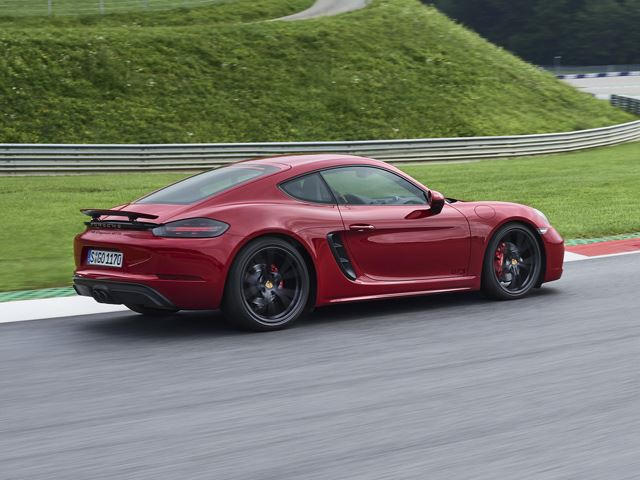 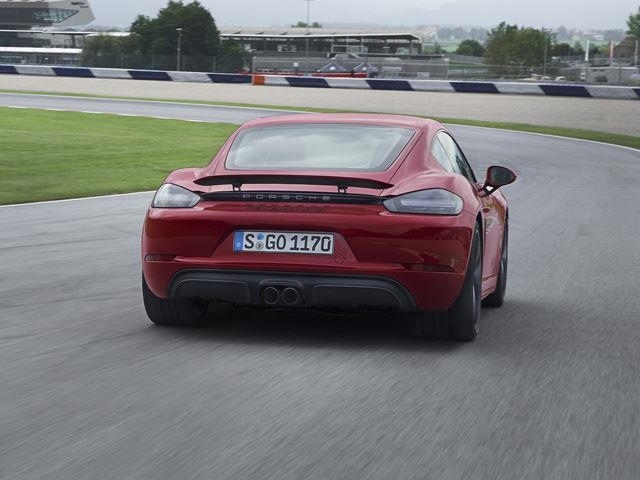 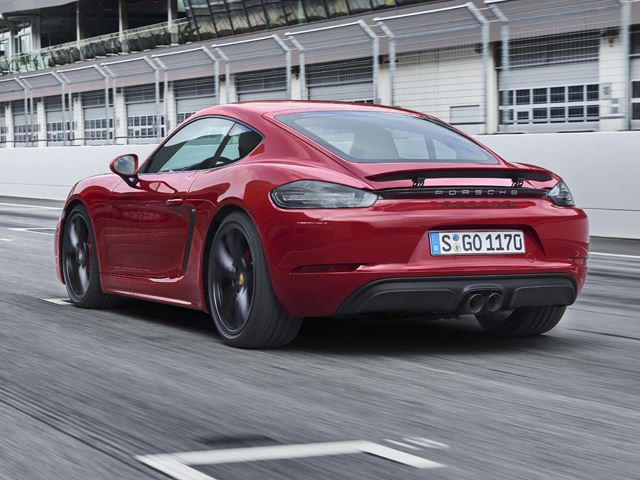 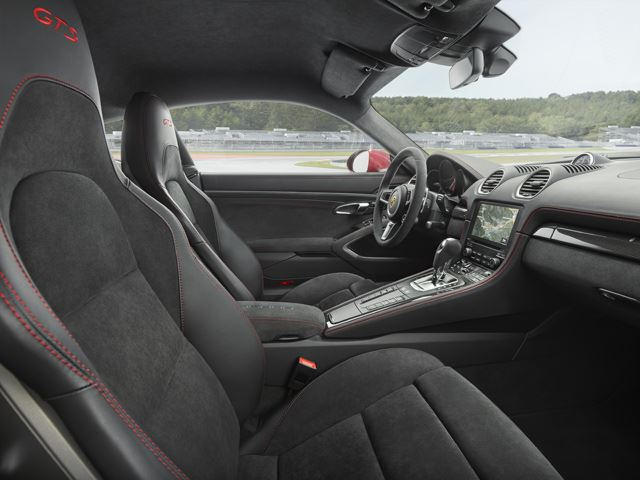 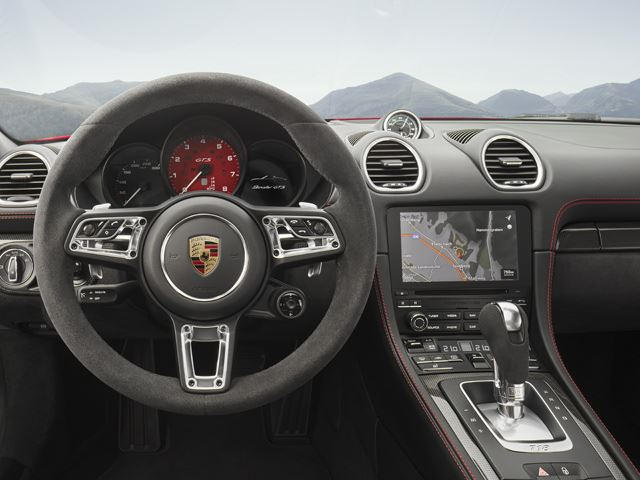 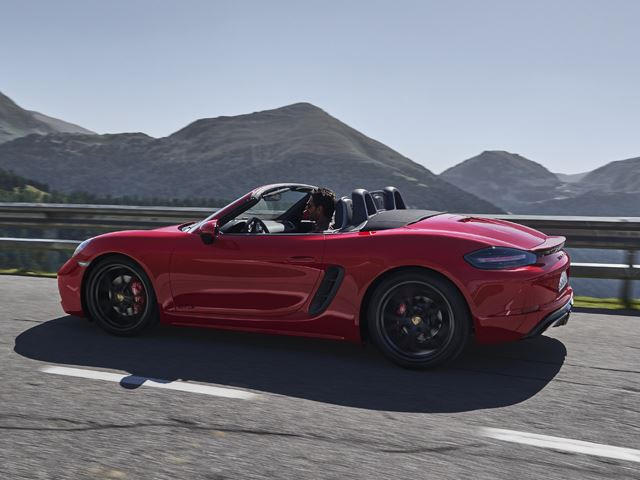 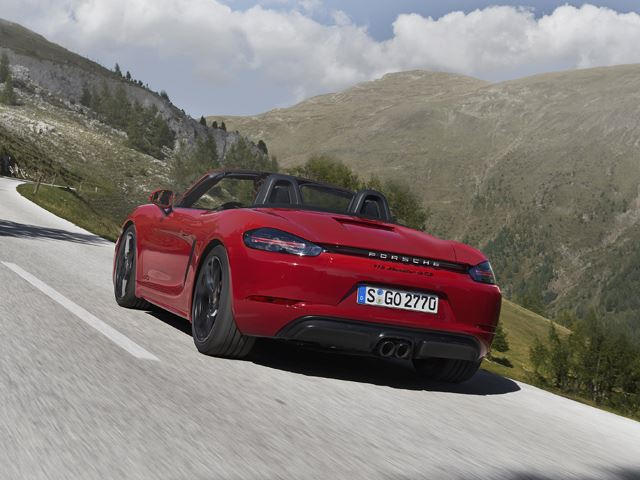 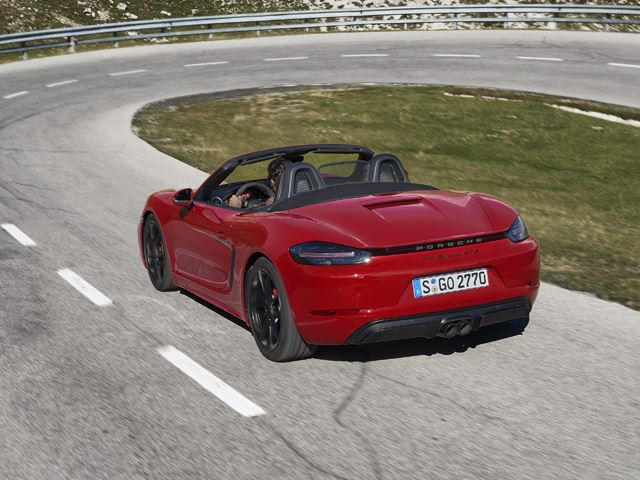 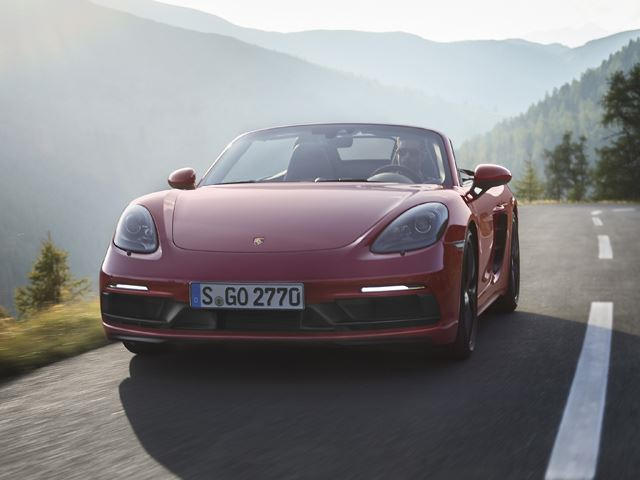