We were amazed at the variety of cars we found.

$30,000 these days doesn’t seem to get you much when it comes to new cars. Sure, there are plenty of capable and competent mid-size sedans that fall under that number but if your requirements include a modicum of driving fun, the available list becomes a whole lot shorter. There are still a few good sporty coupes out there though and when we expanded our search to nearly new cars and some desirable classic options we started to find that you can make the daily commute a whole lot more enjoyable if you are willing to think out of the box. 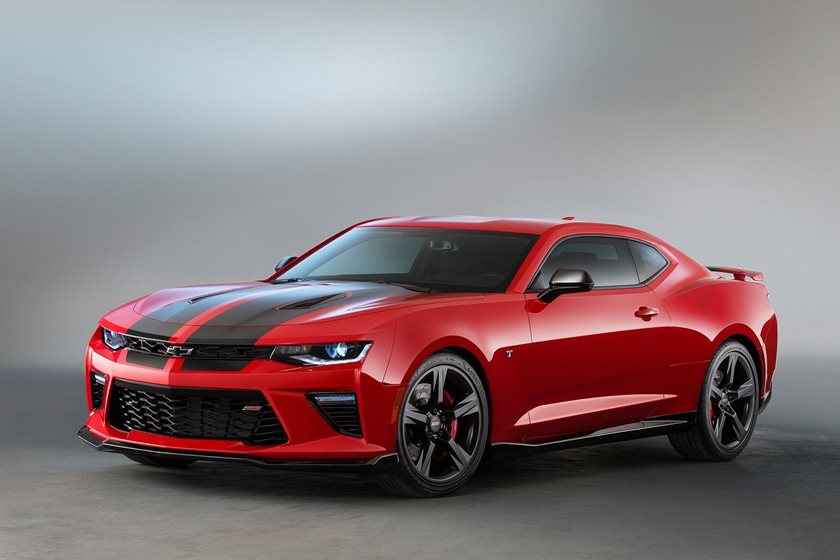 So, if you have $30,000 burning a hole in your pocket and was just about to pop down to your local dealer to pick up that shiny new boring sedan then read on, we have some interesting alternatives for you.

If someone told you that you could have a brand new EcoBoost 2.3-liter Mustang or a nearly new V8 for the same money which would you choose? 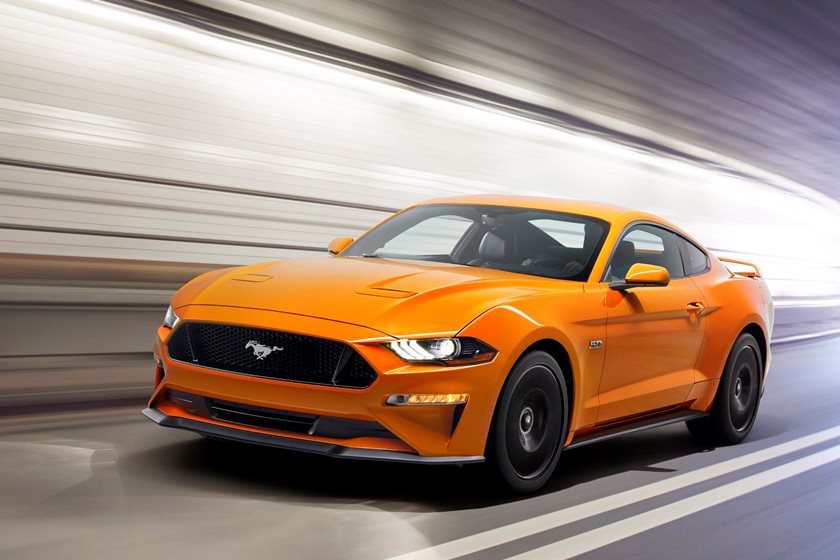 A bit of a no-brainer for a gearhead but valid nonetheless. That 350-hp EcoBoost motor performs well enough but the 420-hp V8 is on another level, both in terms of acceleration and the sound it makes while going about its business. Look hard enough and GT Premium models can be found under our price point too.

The first-generation Mustang has always been a desirable classic and that iconic shape just keeps getting better with age. Not all Mustangs are within reach but there are plenty of well-maintained ones for under $30k and while they may not be able to keep up with a modern sedan, the fun-factor is off the scale. 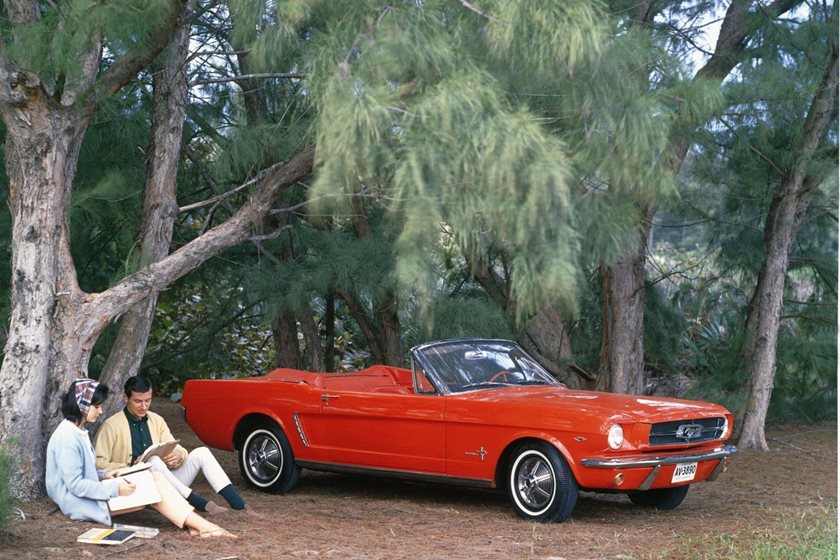 The Camaro is great when fitted with a massive supercharged V8 but even the base offerings can be a lot of fun. At just under $29,000, the 335-hp V6 engine variant is a great daily driver and is the preferred choice to the turbocharged 4-potter. However, as with the Mustang if you look at something a few years older, then you can have a 455-hp 6.2-liter V8 under the hood instead. A 2016 model fits our budget, and finding one with the rare 6-speed manual is icing on the cake. 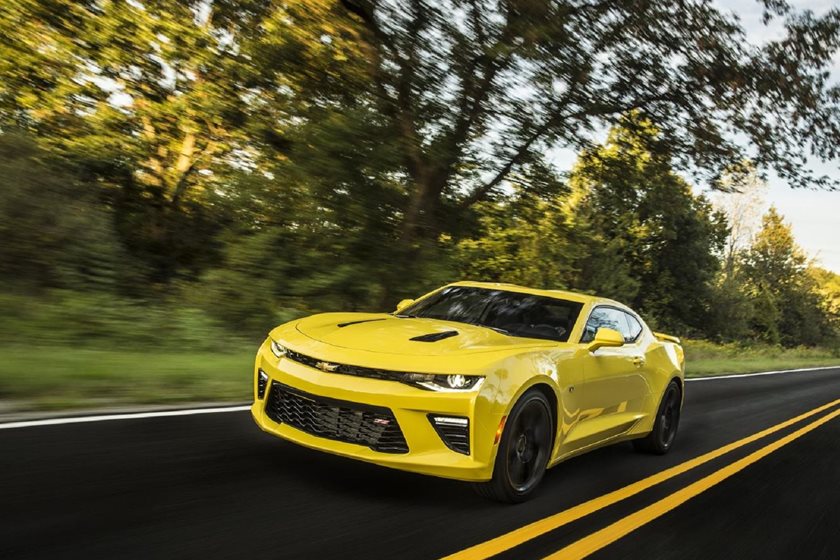 It is also worth noting that some really cool classic alternatives are out there too. How about a 2008 Z06 Corvette or perhaps a Camaro SS from 1969? Both cost the same as a new V6 Camaro and will quite likely go up in value over the coming years. 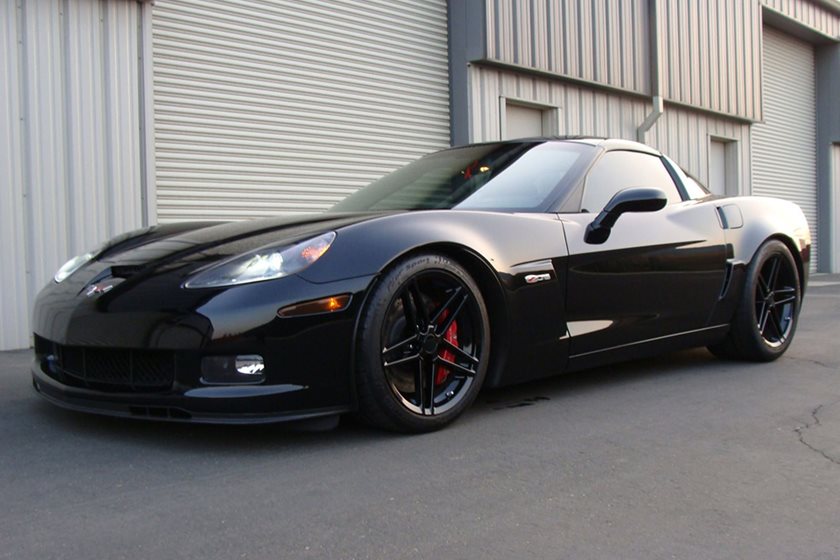 The Dodge Challenger is about as close to the old-school muscle car formula as the modern generation gets. The desirable V8 models start at $33,495 for the R/T which comes with a 375-hp 5.7-liter V8 so slightly out of reach, but nearly new models are a possibility. As is the SXT Plus trim which comes with a 306-hp 3.6-liter V6 and a good deal of standard equipment and is $5 short of our price limit. 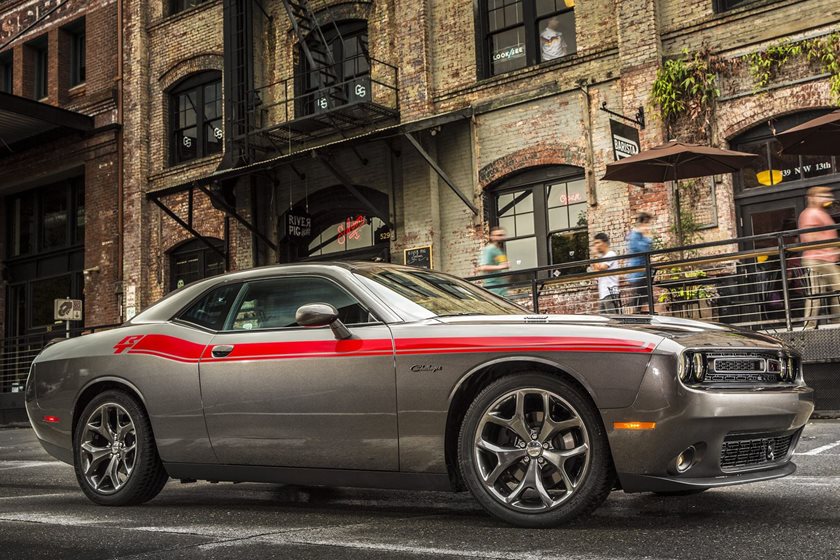 For a similar experience but with two extra doors, the Charger sedan range is also a good choice. The base SXT uses a 292-hp version of the same 3.6-liter V6 but the one you really want is the R/T Scat Pack. This one comes with a 485-hp 6.4-liter V8 and while new ones are $40k, you can find two-year old models for $30k. Fun for the whole family. 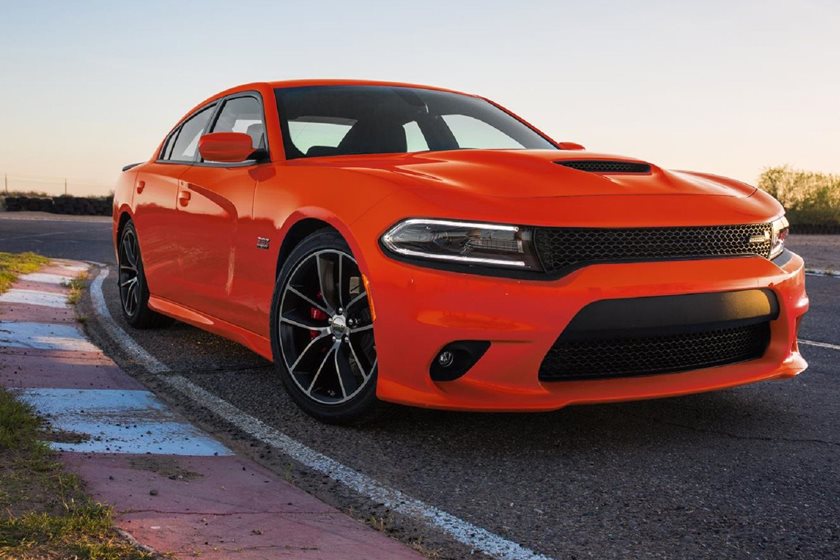 When it comes to the Chevrolet SS the phrase ‘they don’t make them like they used to’ springs into mind. Since it went out of production in 2017 there are precious few big capacity naturally aspirated V8 sedans out there, the SS came fitted with an LS3 6.2-liter V8 which made 415-hp and a glorious sound too. Brembo brakes and a good suspension setup aided the fun factor, while a whole lot of standard kit made them great daily-drivers as well. New prices were pushing $47,000 but a low mileage 2014 SS is spot on the $30,000 mark. 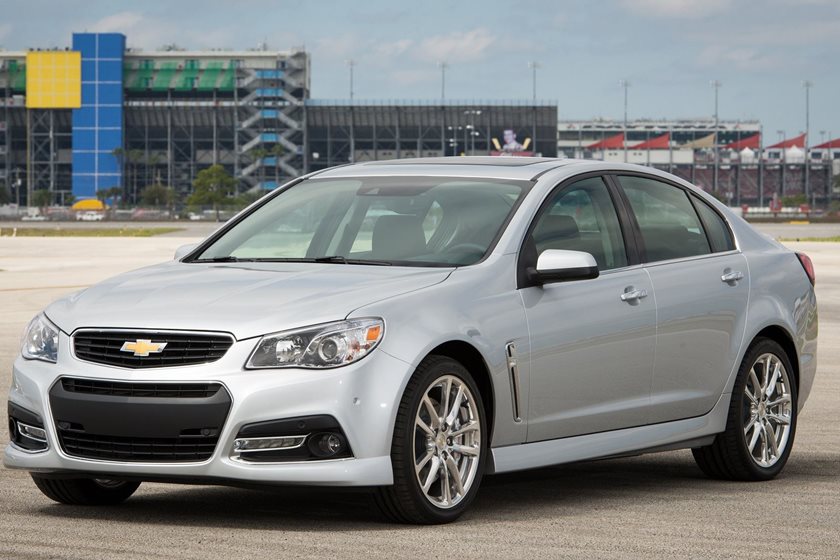 There is not a single new BMW today that costs less than $30,000, the closest you can get is the $34,000 X1 Sure, it is sporty for a high-riding SUV and even the base sDrive28i model is nippy enough but the 414-hp E90 BMW M3 is going to be a fair bit quicker. Available in either coupe, sedan or convertible body styles, the first and currently only V8 M3 is simply a blast to drive. The DCT dual-clutch transmission was a massive step up from the rough SMG single-clutch unit of the previous M3 and the rear seats are big enough to convince your partner that it is a family car purchase. Think of it as a shrunken German Chevy SS with a dose of extra handling ability. 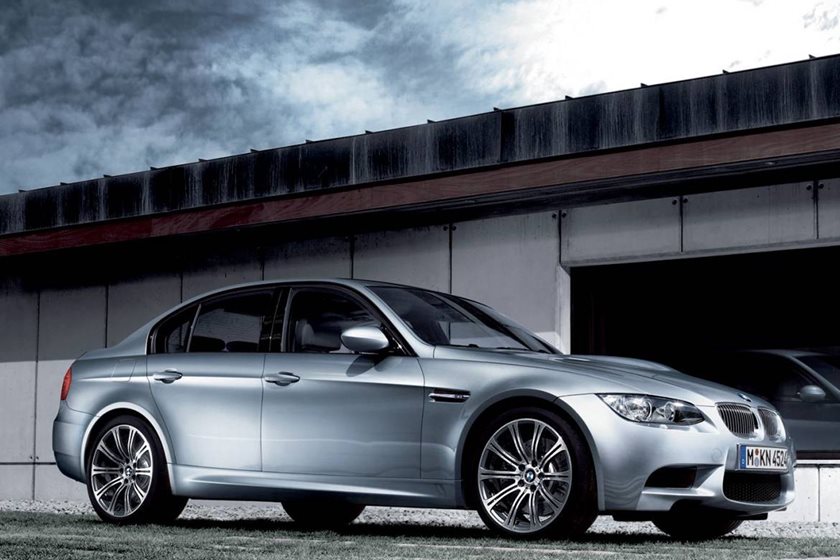 A new Porsche is a lovely thing but then again, so is an old one. The second-generation 987 Boxster still looks the business and the facelifted Gen II models post-2008 had a number of important upgrades that improved performance and reliability levels. A 2011 310-hp 3.4-liter Boxster S is a proper sporting roadster all for the same price as a boring new sedan. 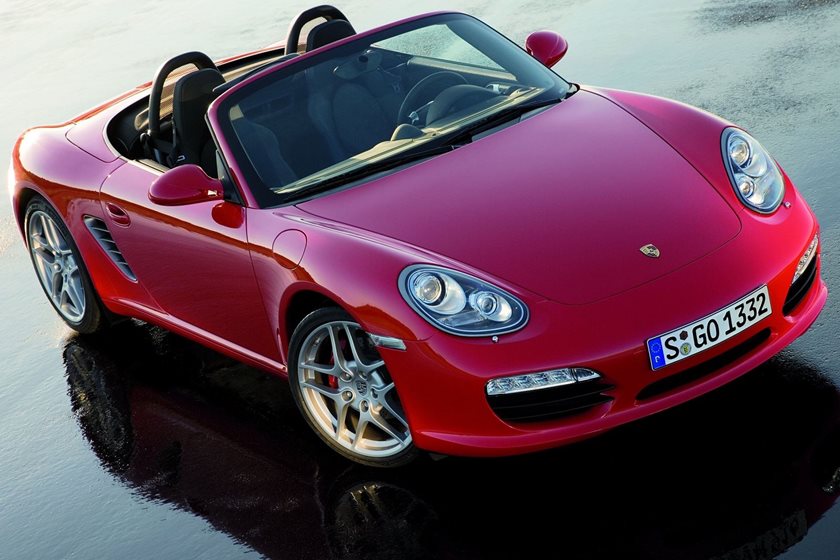 Purists will still hanker after a 911 but a new one starts at a steep $91,000, before options. The 997 generation models are well within our budget though, and while they may be getting on in years, the naturally aspirated engines and more connected driving experience will appeal to many. Look at 2006 model year 3.6-liter models, a coupe is best but convertibles can be fun too. Stick to the manuals though as the Tiptronic automatic was not great and the PDK dual-clutch transmissions only made an appearance in 2009 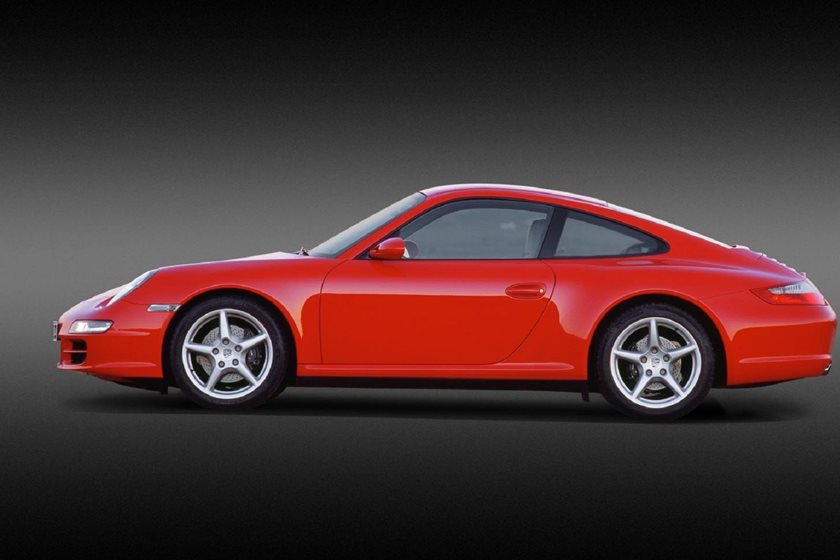 If you are not too fussed about on-the-limit handling and prefer your sports car to be more laid back then you should definitely take a look at the Mercedes-Benz SL range. A new SL 450 is $88,000 before you start adding options but the fifth-generation SL models still offer a high level of luxury and performance for a fraction of the cost. The facelifted SL 550 offers a powerful 382-hp 5.5-liter V8 and 2009 model year cars are now under $30,000. The decadent V12 SL 600 came with a twin-turbo engine and produced a serious 510 hp and a face-distorting 610 lb-ft of torque. 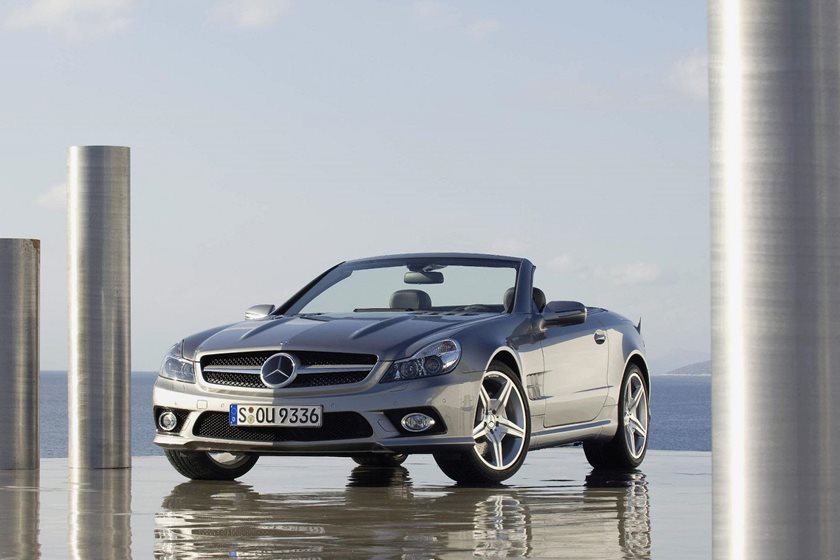 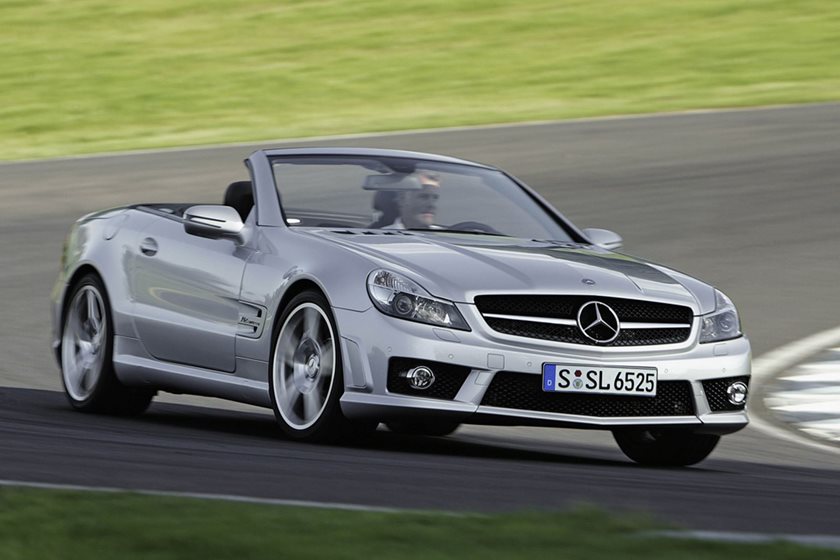 Email ThisBlogThis!Share to TwitterShare to FacebookShare to Pinterest
Labels: 30000, Automotive, under