The Art of Speed – It's Not Just About Horsepower

It's about much more than that.

A day at the track beckons. You walk through the pit lane, the smell of high octane race fuel burning rich in your nostrils. The chatter of drivers and technical teams overrun by joy and devastation alike. The high pitched scream of engines on track and the low rumble of those coming in or leaving the pit lane stands the hair on the back of your neck up. With each step, you feel the rumble of engines on the tarmac through your boots; you heart beats faster as you slink into the bucket seat of your own machine. 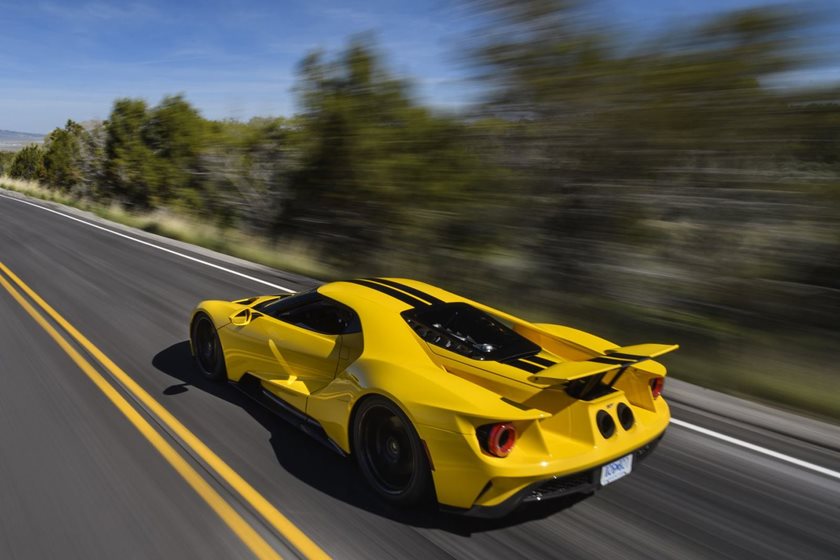 The sport seats of the Porsche 911 GT3 RS hug you tight like your mother used to when you were little; the lights on the dials ahead of you sparkling like your childhood Christmas tree. As you fire up the engine, a tingle shoots from the base of your spine to the nape of your neck – electrifying. Slowly, you pull out from the pits, and as you find yourself out on the open track, you mash the throttle to the floor. There’s a moment where the cold tires scrabble for grip, and then, like a space ship in hyperdrive, everything goes blurry. Your kidneys are pressurized as those sport seats that once cradled you are now the only thing stopping you from being sucked into the engine. 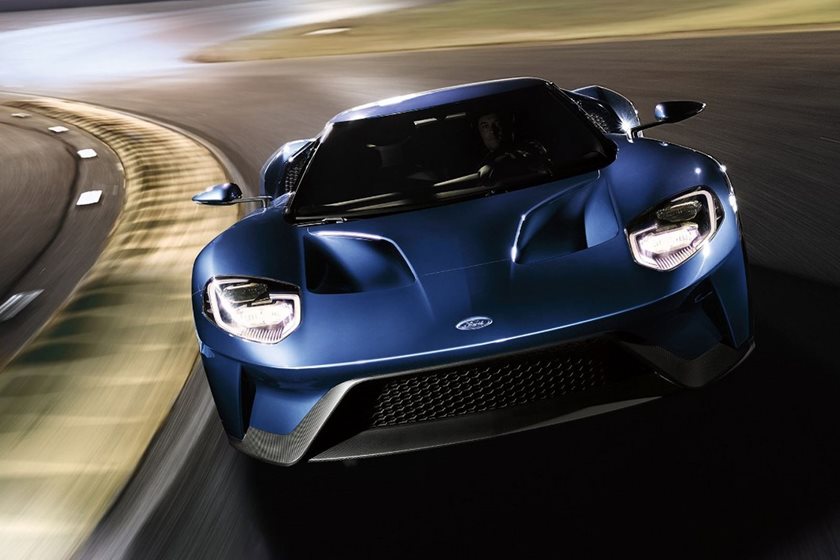 The cacophony of noise is a mad combination of violent exhaust clatter and surging intake noise as the flat six behind you gulps in air hard and fast. As the symphony grows louder, the needles on the instruments ahead of you climb higher, the numbers grow larger, and the ecstasy surges through your veins. This is speed – and as any enthusiast will tell you, it’s not fun unless it’s fast. Speed is a special thing, an art form that takes practice to master, and years to fully understand and appreciate. But it’s also an art with many caveats, many intricacies that make it what it is. It’s not all about horsepower – it’s about much, much more. 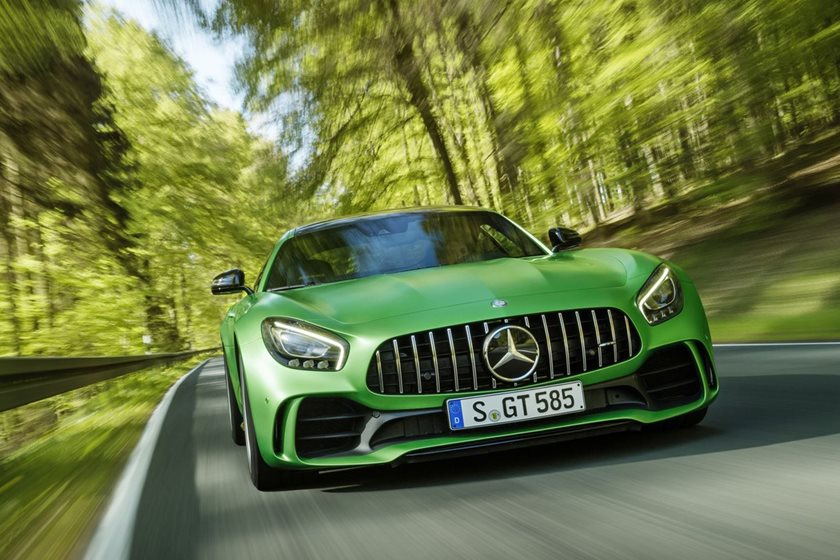 Horsepower is important though – the imperial measurement for the rate at which work is done – without it, or at least without lots of it, we’d all be glacially crawling along the roadway. But let’s not forget about torque; horsepower is nothing without torque. It’s been said that horsepower is how fast you hit the tree, but torque is how far you take it with you – that’s because torque is the real driving force behind a motor vehicle. It’s quite literally the twisting force that acts to turn the wheels – horsepower is just how quickly it can transfer the rotational energy. But without the torque, you’d go nowhere fast. 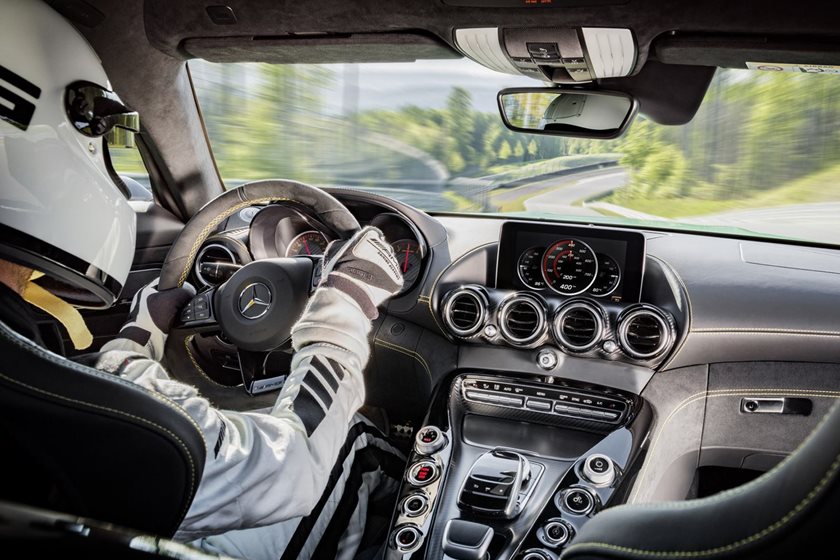 It’s one of the great faults of the rotary-powered Mazda RX-8 – it revs to high heaven, but with next to no torque it takes a while before it actually builds up speed. Conversely, it’s why V8s are so addictive – that slug of torque that hits you in the chest like a 500 pound gorilla, the one that turns tires into plumes of smoke and noise, that same thing that sucks you into those sweet Recaro bucket seats – that’s the good stuff right there, torque. The tires matter too – though from what I’ve just said it may seem they’re best converted to white smoke, the reverse is actually true. All the power and all the torque in the world would mean nothing if you didn’t have a way to ground it all. 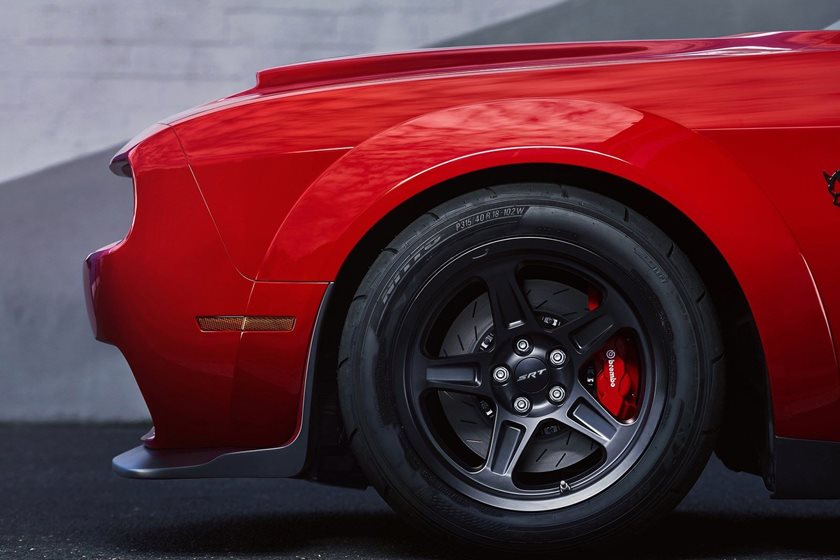 Your tires are the four dime sized contact patches through which mere numbers set you in motion. The higher their levels of grip, the quicker you can accelerate, and the quicker the speed you can achieve. Just ask Dodge why it equipped Nitto drag radials to the Demon, and they’ll tell you that without them the Demon never would’ve cracked a 2.3 second 0-60 mph time while lifting the front wheels off the ground completely. They’re useful for more than just accelerating though – when maintaining speed they absorb huge amounts of energy and abuse. The rough road surface creates friction and heat, and the rotational force at speed creates centrifugal force that tries to tear the rubber to pieces. 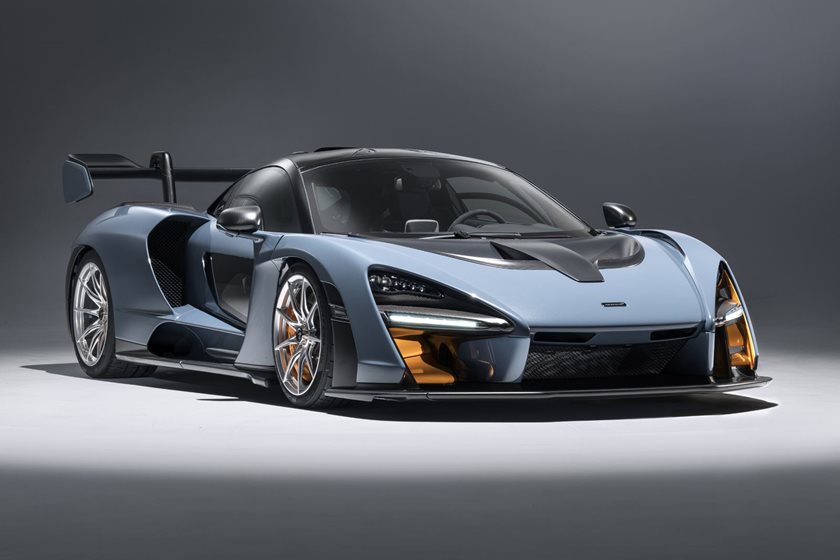 It’s why tires are speed tested and rated accordingly, to ensure that should you ever get to those speeds they don’t delaminate and send you spinning off into the weeds. Of course once you’ve got the tires sorted and you’ve got enough torque and horsepower to propel you forward at an impressive pace, there are other opponents to speed. At a walking pace, air passes around us without resistance. At a run, you feel the wind as it does so. But the faster you go, the harder it pushes back, until eventually at north of 200 mph, the air is so thick that you may as well be driving through Jell-o. To help make vehicles slippery enough to cope, aerodynamics play a huge role in achieving the goal of speed. 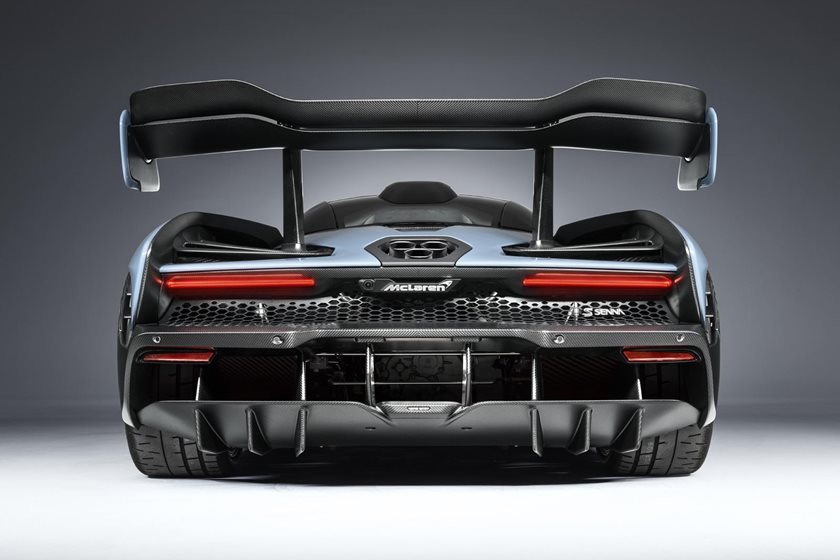 The more aerodynamically efficient a vehicle is, the easier it slides through thick air – it’s why engineers are so obsessed with improving the drag coefficient of a car. But there’s a flipside to aerodynamics – the art of controlling airflow over the sheet metal of a vehicle at speed. To aid grip, aerodynamics are used to create downforce – an invisible force that sucks the vehicle to the ground to maximize grip and allow a vehicle to corner faster without breaking the limits of adhesion. At speed, the air passing over a wing set at a certain angle creates enough force to pin it down to the ground – in the case of McLaren’s forthcoming Senna, it’s 1763 pounds worth of force being applied downwards at 155 mph to help keep things glued to the tarmac. 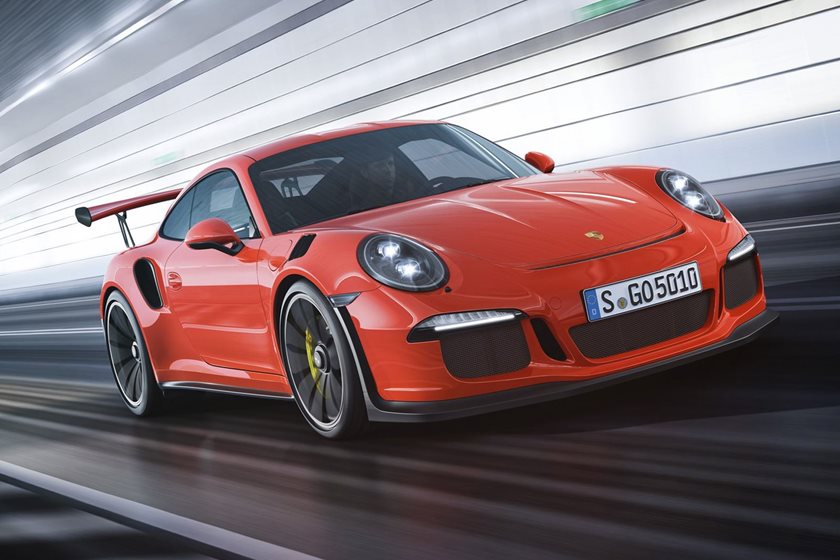 But while grip may seem like a good thing, aerodynamic downforce is the enemy of pure speed – it makes a car less slippery in order to generate grip. If manufacturers were to focus on outright speed rather than cornering grip, you’d see cars like the Ford GT cracking north of 230 mph rather than the 216 mph top speed it currently bears. It’s the compromise we make to be able to enjoy our speed both in a straight line and around corners – after all, few places in the world would allow us to enjoy straight line speed all day long, so the racetrack is where we find thrills in twists and turns and corkscrews and chicanes. 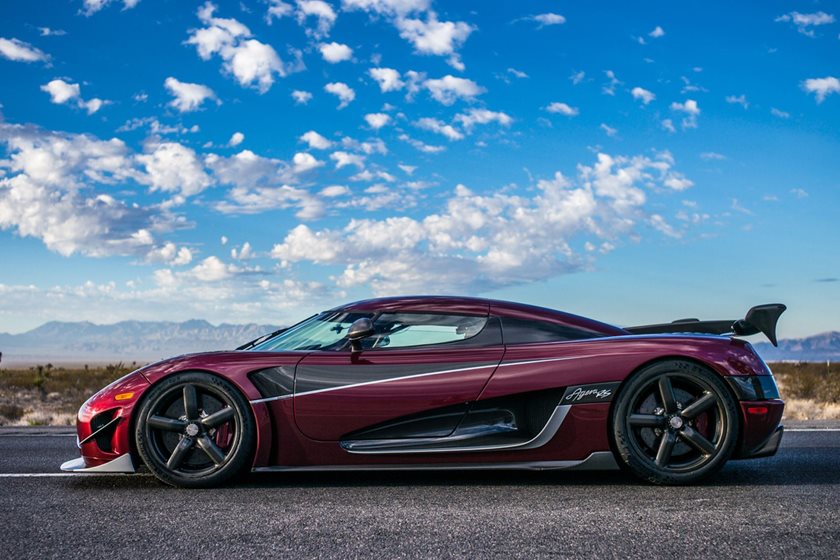 But there’s one more aspect to speed, one deciding factor that seemingly no one ever thinks of. In the pursuit for V-max, the single most limiting factor is something as simple as a gearbox. You can only go as fast as the final drive ratio can turn when driven by an engine. Koenigsegg may have worked its way past the 280 mph mark in a one-way run recently, but at engine’s redline they wouldn’t be able to go much faster even if they had all the horsepower, torque, and aerodynamic efficiency in the world. It’s a funny thing, speed. 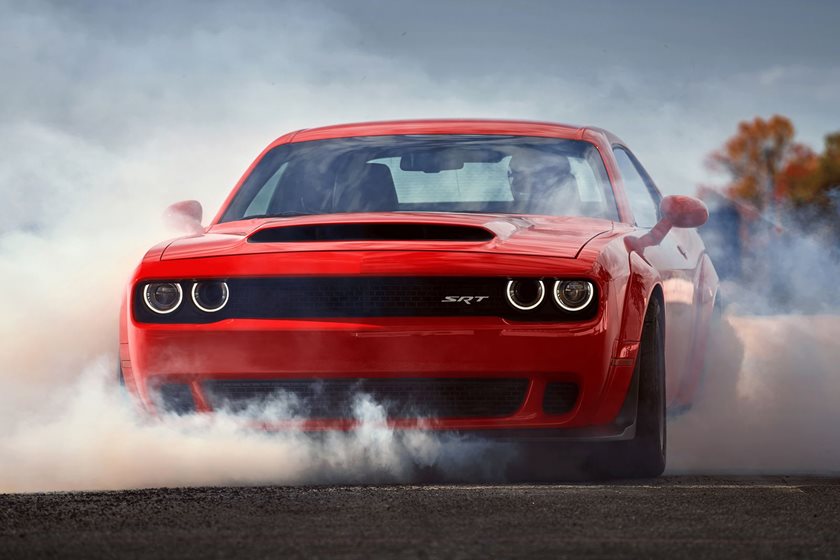 As addictive as it is and as simple as it may seem, there’s an altogether separate world when it comes to the pursuit of it. It’s more than just big numbers that make it happen – it’s an exact science, an engineering marvel. It’s an art form all of its own – the art of speed. 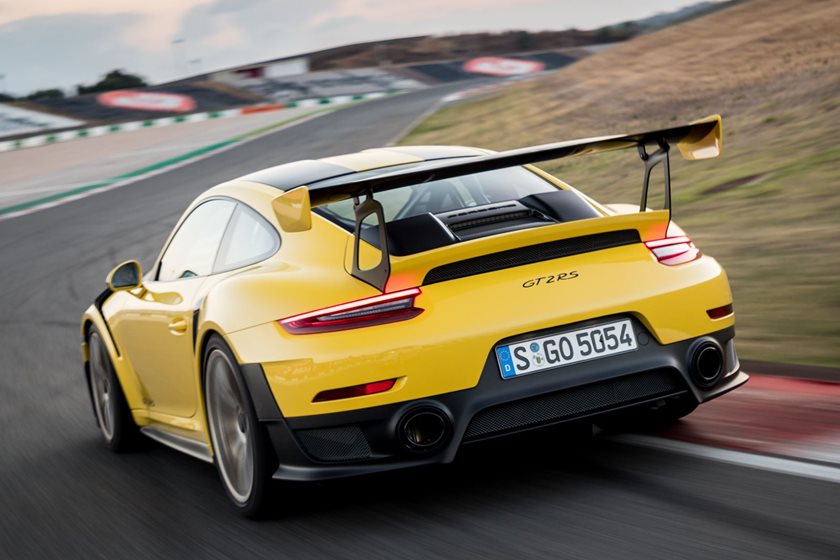 Email ThisBlogThis!Share to TwitterShare to FacebookShare to Pinterest
Labels: about, Automotive, horsepower, speed